Web AR solutions for business allow you to move away from the development of additional apps. And on the other hand, you can provide access to augmented reality for a far larger number of mobile device users through a web browser. We suggest reading our article if you are interested in learning more about the technical aspects of augmented reality on the web.

Many software systems can help solve the first task and add life to static objects. A graphical engine has to seamlessly merge the real-world scene with virtual objects. Unity 3D is a hugely popular cross-platform engine to create intensive augmented reality content, and so is Blender. On iOS, Apple’s RealityKit  (a successor to SceneKit) is a high-level 3D graphics framework. Google’s SceneForm makes it possible to render realistic 3D scenes in AR and non-AR apps on Android.

The second task is related to computer vision: it is necessary to analyze the real world and determine the location of the rendered objects through recognition of a special marker — usually, a 2D image, calculate its position in space and build a virtual object relative to it. Here’s where different AR development tools come into play.

An Augmented Reality SDK (=Software Development Kit) is the core technological engine that powers the whole AR development process, including content rendering, object tracking and merging digital information, and virtual objects into the real world. Let’s take a quick look at the most popular AR SDKs in 2020.

Vuforia is often in the top listings and offers a range of products for developing AR experiences, such as Vuforia Engine, Studio, and Chalk. Vuforia uses computer vision to recognize and track planar images (Image Targets) and simple 3D objects in real-time and supports the creation of both marker-based and markerless AR. The platform’s key features include Ground Plane (adding content to horizontal surfaces), Visual Camera, and VuMarks (custom markers used for face recognition and to encode data). Additionally, Vuforia supports virtual buttons, background effects, and occlusion management: so it can find even partially hidden objects. An example of Image Tracking in Vuforia:

ARKit is the framework from Apple for the development of AR experiences on iOS devices. It uses the data from camera sensors and additional data retrieved from a gyroscope and accelerometer to detect and analyze users’ environment for AR visualization. It also utilizes VIO (Visual Inertial Odometry) and can place 3D objects and overlay digital information in a contextually relevant way. ARKit’s key functionalities include SLAM (simultaneous localization and mapping) and sensor fusion, ambient lighting estimation, scale estimations, vertical and horizontal plane estimation, stable and fast motion tracking.

ARKit 4 has just been announced during the WWDC 2020 along with iOS 14, introducing some advanced features, such as Location Anchors, Depth API, improved object placement, face tracking, and using video materials as a texture and sound source for the AR experience. Also, occlusion has been improved.

ARCore is Google's platform for building AR experiences. It uses different APIs and enables a mobile device to sense its environment, understand the world, and interact with information. Some APIs are available across Android and iOS to enable shared AR experiences. ARCore utilizes the phone's camera and readings from the inertial sensors to support motion tracking and viewing objects from any angle, environmental understanding — detecting the size and location of all type of surfaces: horizontal, vertical, angled, flat, such as a table or the floor, light estimation, and more. Recently, Google released the Depth API unlocking occlusion and more ways to increase realism.

ARCore is supported by Android phones running Android 7.0 and later. It can be paired with Unity, Unreal, and can be used for iOS to create multi-user AR experiences.

MaxST AR SDK is yet another powerful tool for creative developers and is compatible with Android, iOS, Windows, and macOS. It encompasses Image Tracker to recognize and track planar circuits on an image in three tracking modes (normal, standard, and multi), Instant Tracker to identify a flat surface in the camera's field of view to overlay a 3D object, Visual SLAM, Object Tracker (both for processing 3D maps), and QR/ Barcode scanner.

Building an AR Solution Without Programming Skills? Not a Problem!

If you consider moving away from application development or are just starting in the field of programming, you can pay closer attention to zero-code and low-code development. Knowing the right tools, you can bring your ideas into life even in such a challenging segment as augmented reality!

Are you looking for a solution that will reinforce your business, and need an experienced development team? Feel free to contact us with your questions and ideas.

#AR/VR
The images used in this article are taken from open sources and are used as illustrations.

Web-based AR technology is opening new possibilities for businesses to establish a competitive edge without cash outflow for unnecessary application development. If you are interested in further exploring augmented... 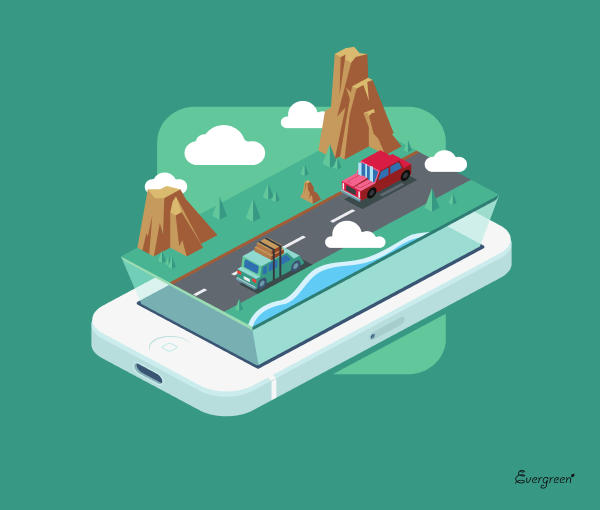 Augmented Reality in a Web Browser: Boost Your Business Without Extra Apps

The evolution of mobile device technology and mobile browsers has contributed to the increasing popularity of web-based augmented reality (Web AR). To enjoy augmented reality in a web browser, you only need a custom URL... 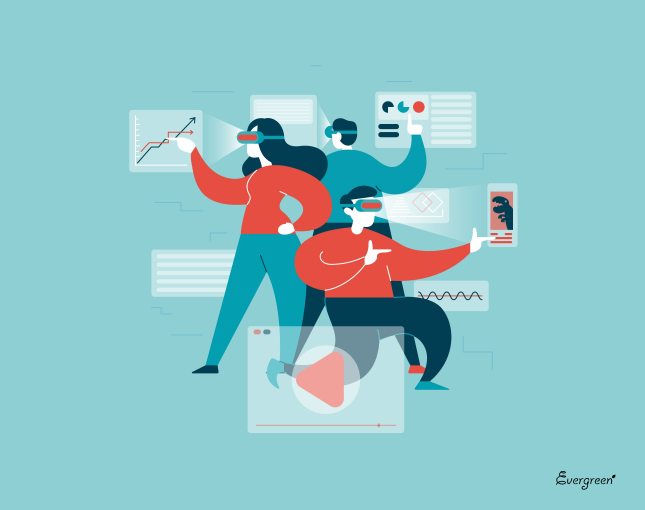 Augmented reality device overview: talk about the 5 best models of smart glasses on the Evergreen blog. 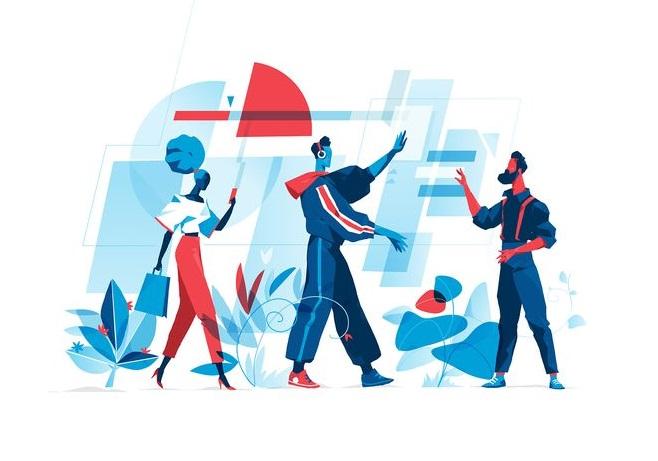